Buy or sell a property in Chertsey with Lydia Soczniew and Sylvain Leclerc. 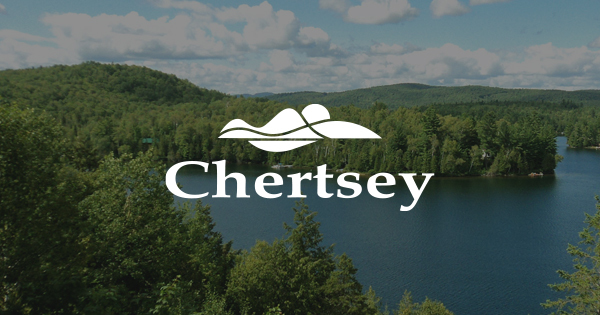 Chertsey is located in the foothills of the Laurentian Mountains, less than an hour from Montreal (75 kilometers). There are many beautiful lakes and rich forests offering nature lovers, both residents and tourists, a real playground. This is a unique place to live with your family or to enjoy a sweet retreat. 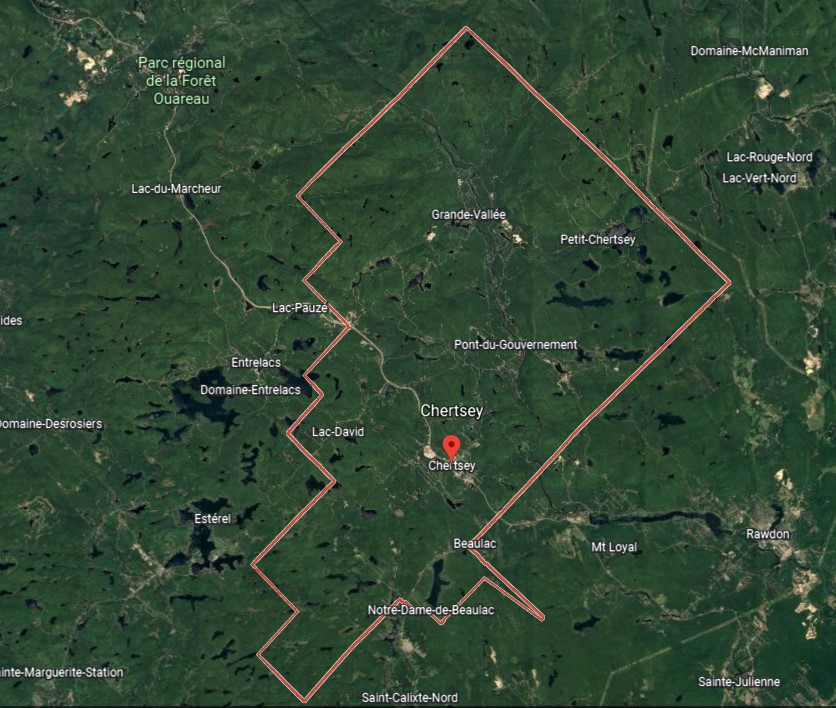 Chertsey, a small town located in an immense natural territory. Here is an aerial view made with Google Earth.

Once cleared and partially cultivated, the territory has now been returned to its original forest. There are several species of trees: white pine, red pine, hemlock, sugar maple, cherry trees, fir, aspen, birch, and cedar.

There are also many beautiful lakes; the territory is crossed by the Ouareau River, where wood was still floating in the early 1950s, and which drains the Jean-Venne and Burton rivers. The Forest Ouareau Park occupies the northern part of the township.

The city of Chertsey and its surroundings as seen by the Google Earth tool.

A Bit of History

More than two centuries ago, Chertsey was part of the immense region known as the Territory of the small Algonquin Nation. The forest stretched as far as the eye could see and nature, in its wild state, reigned supreme. Only a few Indians of the Algonquin tribe and bold trappers roamed the region in search of their livelihood.

It was around 1848 that Jean-Romuald Pare,pares, then parish priest of Saint-Jacques-de-l'Achigan and colonization agent for Montcalm County, founded the Société des défricheurs with local notables to develop the township of Chertsey. The survey and the allocation of lots were done starting in 1849, and many settlers of Acadian origin settled there. Mr. Paré is rightly considered the founder of Chertsey. By the name of the government, he gave the first leasehold titles to the families of French-Canadian settlers, but also to Irish, Scottish, and English-speaking families. 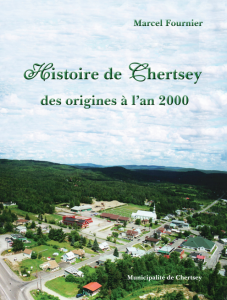 We recommend this book to read for anyone that will move or visit Chertsey.

Chertsey became a township municipality on January 1, 1856 and the first meeting of the municipal council of the Township of Chertsey was held on March 22 of that same year. The parish of Saint-Théodore de Chertsey was canonically erected on August 6, 1866. In 1867, a new presbytery was built and in 1869, a new church was built. A.H. Coutu, the parish priest at the time, was a builder who continued the work parish priest Paré.

The municipality was then known as a land of agricultural colonization, which will be transformed, over the years, into a resort area.

A few important facts characterize Chertsey. Antoine de Saint-Exupéry apparently made a brief stay at the Dupuis family cottage (from June 5 to 8, 1942), during which he wrote part of his famous book, The Little Prince. Brother André came to visit the Marie-Reine-des-Cœurs diocesan shrine in 1936. In August 1944, the exterior scenes of the film "Father Chopin" (The Music Master) by Fedor Ozep were shot in Chertsey, with the participation of many extras from the village.

In terms of demographics, according to the table below, the municipality showed a slight decline during the 2011 and 2016 five-year periods. Less than an hour from Montreal via Route 25 and then Route 125, Chertsey offers several advantages to those who want to buy a property in a quiet area close to nature. Due to its advantageous geographical location, at the first foothills of the Laurentian Mountains, Chertsey has become an important resort community in the Lanaudière region. According to the Ministry of Municipal Affairs and Housing, the population today is 4,985 Chertsois and Chertsoises, to which more than 10,000 vacationers join annually. (Source: https://www.mamh.gouv.qc.ca/repertoire-des-municipalites/fiche/municipalite/62047/) 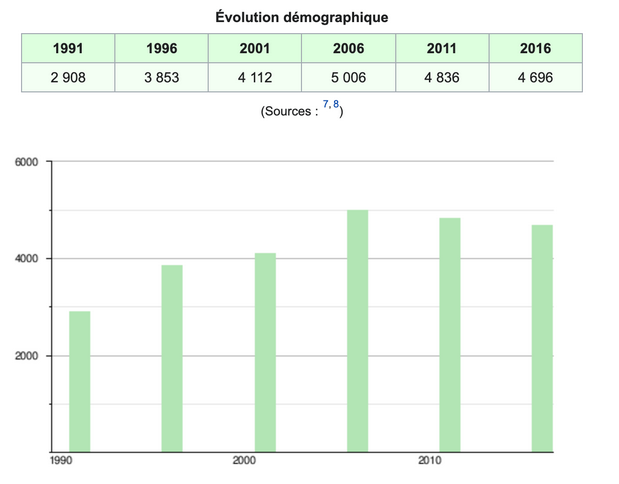 At the Heart of Nature!

The mountainous territory favours the diversity of the vegetation cover. In the spring, the tender green colour of the first hardwoods gives off a feeling of tenderness, while in the fall, the Laurentian Forest is transformed into a symphony of colours to bring out a certain passion.

The fauna includes a wide variety of aquatic and terrestrial species: speckled trout, brown trout, bass, and perch are among the most common varieties. The forests, a large part of which are found in the northern part of the township, are still unexploited. The wooded areas are home to a variety of wildlife including moose and white-tailed deer, partridge, hares, ducks, and a number of furbearers including beaver, muskrat, and raccoon. 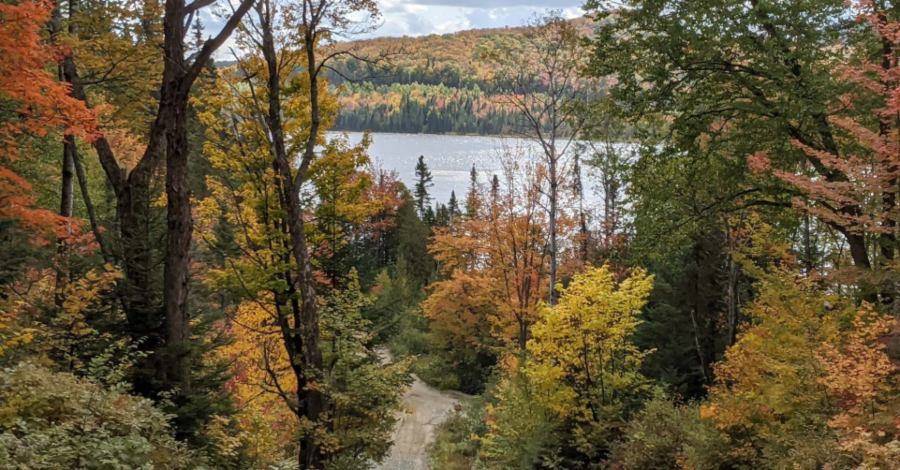 The Chertsey region is synonymous with nature and quality of life. Source: Aventure Chertsey (https://www.aventurechertsey.ca/)

The Jean-Venne River flows down from Entrelacs to join the Ouareau River, passing by several spectacular waterfalls that are part of Chertsey's natural heritage. The most spectacular is the Chute-à-Michel.

The many walking trails, such as those in the Forest Ouareau Park, allow you to enjoy the softness of the undergrowth in all seasons. You can also practice climbing (a climbing wall at Murmures Trail), bouldering (at the Murmures Trail), rustic camping, etc. For these activities, we invite you to visit the Forest Ouareau Park website (see the link at the end of this page).

In the summer, many berries such as raspberries, blackberries, blueberries, as well as hazelnuts abound. From the center of the village, the Sentiers de l'Amitié (Friendship Trail) offers short hikes in the forest and educational facilities. 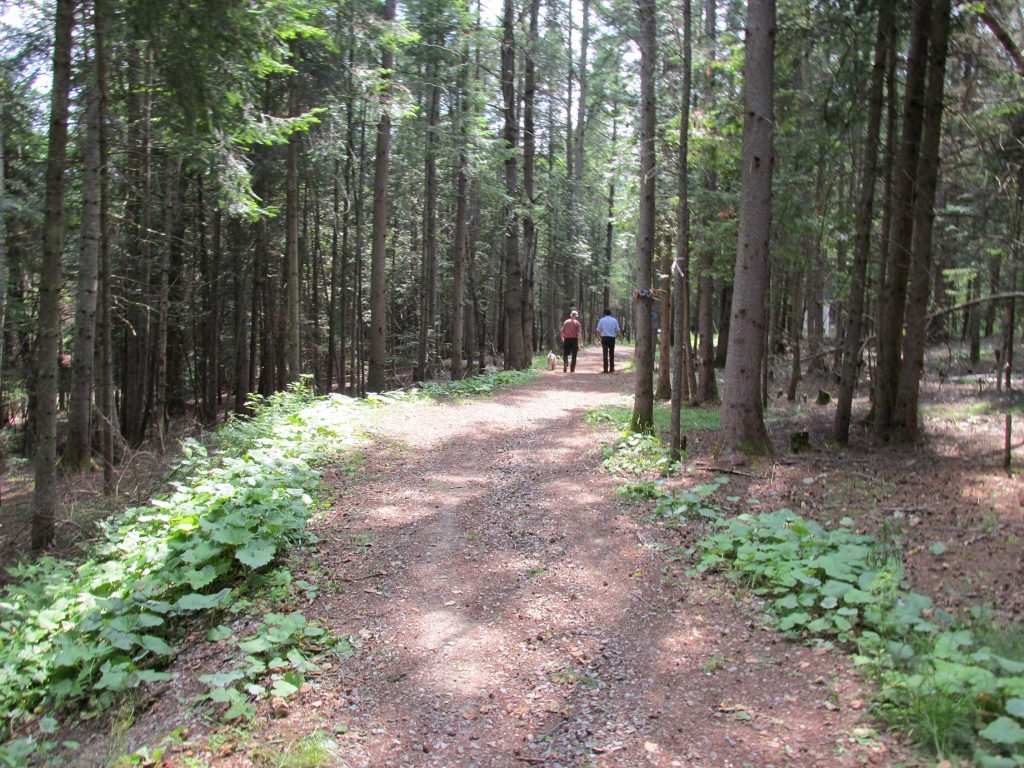 Economically, Chertsey is a sustainable municipality. In 2011, the "Strategic Development Vision" study commissioned by the municipality concludes that its future rests on the development of vacationing and tourism while respecting the natural landscapes and the tranquility of the area. The study recommends developing hiking trails, protecting natural sites, and making Chertsey a nature paradise that is an hour away from Montreal. The village has therefore adopted, since 2011, a set of environmental policies for families, seniors, and healthy lifestyles by promoting the creation of hiking trails and bike paths. It offers its citizens a host of cultural and recreational activities that make Chertsey a pleasant village to live in.

Services for its Population

In terms of education, the municipality has one French elementary school (École de Saint-Théodore-de-Chertsey), administered by Des Samares School Board. Two English schools are also located in the area: an elementary school (Rawdon Elementary School) and a high school (Joliette High School).

Concerning the cultural field, the municipality has a library and a performance hall (in the church). 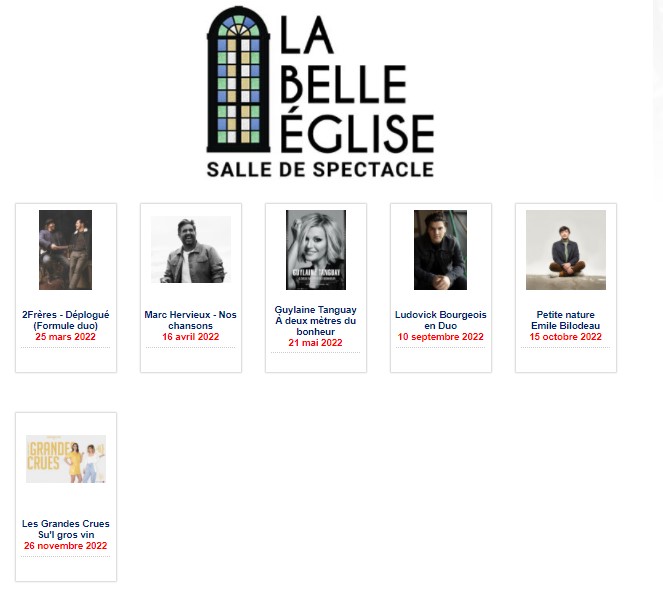 Some of the shows that will be presented this spring and next summer. (Source: https://ww1.ticketpro.ca/groups.php?id=151&languageid=2&aff=lbedc)

The singer and musician Roger Miron, born in 1929 in Chertsey, had an international career and launched the careers of many Quebec stars as an artist manager.

We can visit historical places:

This place of worship, rooted in its community, is by vocation a space for meetings and exchanges. Recently, major renovations have turned La Belle Église into a performance hall, with the ambition to shine in showbiz. You will surely appreciate its superior sound quality and its warm and intimate atmosphere. Thousands of spectators and several renowned artists have already enjoyed the experience. We are waiting for you!

In terms of sports and outdoor activities, there are many possibilities. In the winter, you can go to dog sledding, skiing, snowshoeing, tobogganing, or, in the summer, hiking, mountain biking/Fat bike, golfing or VTT.

Fishing seems complicated on the surrounding lakes as access would be all private, but trout fishing is possible by canoe on the Dufresne River.

Commercially, Chertsey's businesses include a few restaurants, a sugar shack, hair salons, clothing stores, pet grooming, several grocery stores including a butcher shop and a bakery, a few garages, a hardware store, a pharmacy, and a gas station. 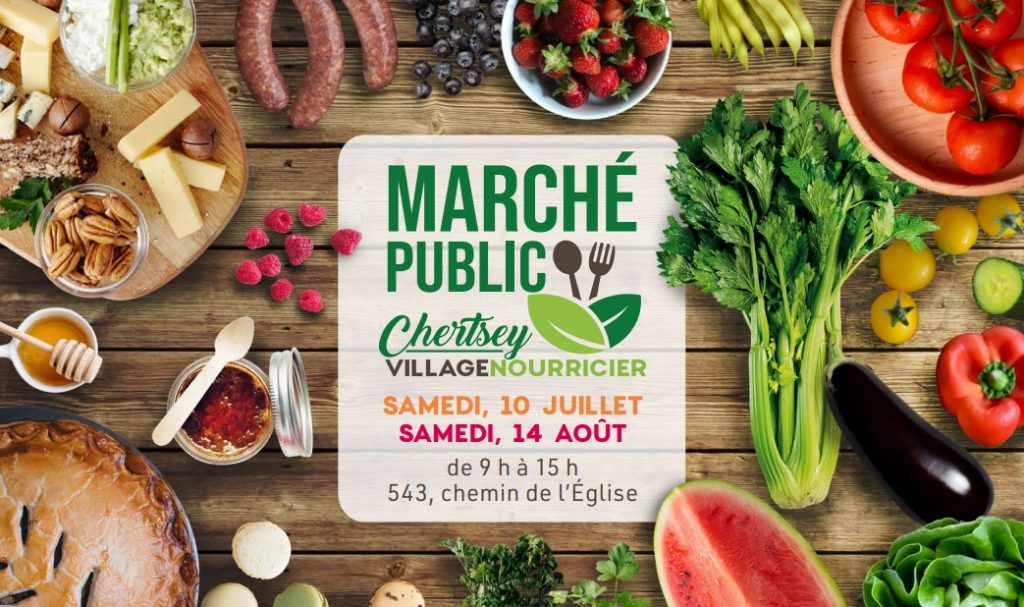 The Marché Public Chertsey is an exhibition and sale of local products related to healthy eating and the pleasures of the dining table with 20 diversified kiosks at each event. It is open from July 10 to August 25, 2021. (Source: https://lanaudiere.ca/fr/evenements-lanaudiere/marche-public-chertsey/)

Sources of the texts published in this article

Buy or sell a property in Chertsey with Lydia Soczniew and Sylvain Leclerc.

Check out our Sainte-Julienne regional page