Buy or sell a property with Lydia Soczniew and Sylvain Leclerc.

Saint-Alphonse-Rodriguez - Your world in the wild

The Matawinie is one of the most beautiful regions of the province of Quebec. Saint-Alphonse-de-Rodriguez is one of the popular municipalities of the Matawinie where it is good to live for a short stay, during the vacations for example, or as a seasonal or permanent resident.

Located about 55 km from Montreal, 112 km from Trois-Rivières and 225 km from Quebec City, the region offers breathtaking scenery, cut by the contours of the foothills and its 34 lakes. 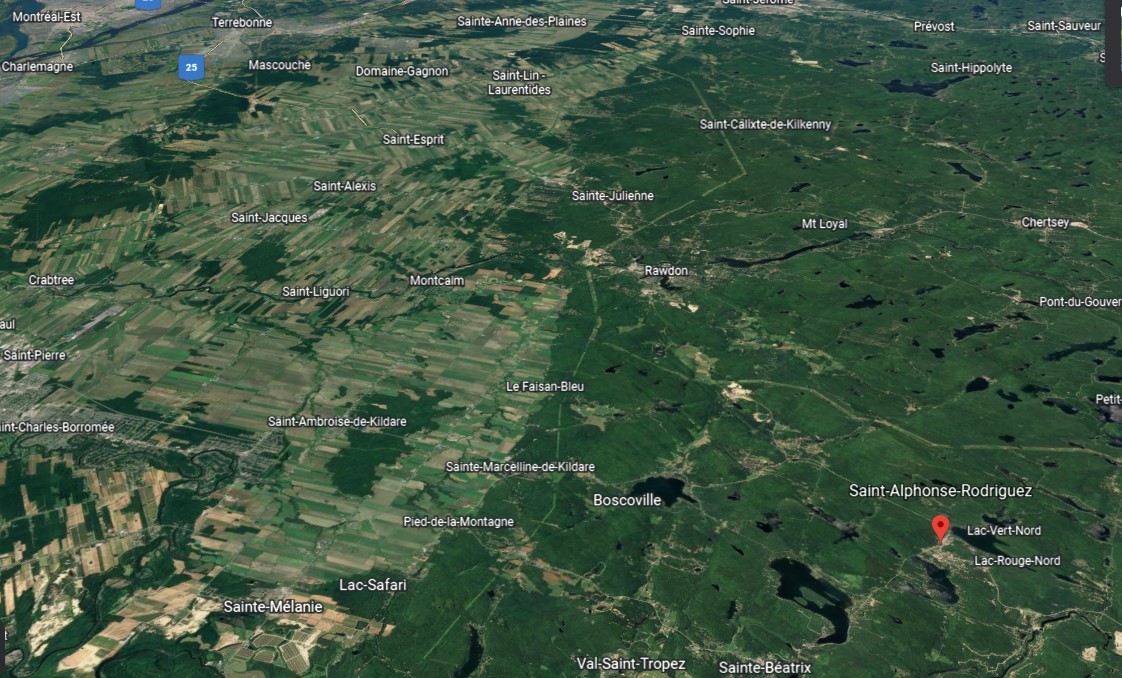 The municipality is surrounded by lakes Pierre, Round, Loyer, Vert et Rouge and many others that make it a popular place to live or vacation. Aerial view of the Lanaudière region.

Other types of transportation can be used. The public transportation service is efficient with its commuter train, its bus network and its collective cab network.

Like the other northern townships, the territory of Saint-Alphonse-Rodriguez is located on the banks of the L'Assomption River. It was first populated by lumberjacks who came to exploit the forest by bringing down the logs by the current. The first inhabitants were French Canadians and Acadians from the St-Jacques region and Irish Catholics from Rawdon. The town is named after a Spanish saint, Alphonse Rodriguez, and the suggested name for its inhabitants is rodriguais, rodriguaise.

Aerial view of the municipality. Source: City of St-Alphonse-Rodriguez.

It is a city with an important patrimonial aspect. Ancestral houses, events, reminiscent of the past, are the witnesses of the past that forged the Saint-Alphonse-Rodriguez we know today.

Because of the mountainous and rocky terrain of the region, the settlers quickly turned to forestry in preference to agriculture. Initially served as a mission, it was recognized as a parish in 1858. The presence of an officially recognized church encouraged the settlement of families on the territory. The present church built in 1860 is the oldest wooden church in the diocese.

In 1997, the municipalities of Saint-Alphonse-Rodriguez and Creysse in the Perigord region of France, made a twinning pact, in order to develop close and long-lasting friendly relations and to work towards the promotion of exchanges in all fields.

According to the municipality's website, the center of the village of Saint-Alphonse-Rodriguez is located at 260 meters above sea level. The lowest point is in the area of Lac des Français (about 200 m) and the highest is in the hills in the north of the territory (about 450 m). In comparison, Joliette is at a level of 60 m and Lavaltrie at 20 m.

What difference does this make? This element plays a big role, especially during the winter season, because for every 100 m elevation, the temperature drops between 0.6 and 10ºC. Therefore, during precipitation, when the mercury is close to the freezing point, it often happens that in the south of the region it rains, while further north, we have beautiful snow.

A municipality with many attractions

An exceptional quality of life to protect

The exceptional quality of life found in the Saint-Alphonse-Rodriguez region is the result of a combination of several elements with a common denominator: nature.

Saint-Alphonse-Rodriguez is a paradise for outdoor enthusiasts. Its 34 lakes, access to the L'Assomption River, an omnipresent forest, regional parks and year-round outdoor activities on more than 30 kilometers of multifunctional trails (hiking, mountain biking, fat bike, cross-country skiing and snowshoeing) make it a popular destination. You can also enjoy water activities and ice skating on some lakes. Children can register for a day camp during the summer. The slogan of the municipality is Your world in the middle of nature. A nature that must obviously be protected because the environment is one of the assets of the quality of life. With a population that doubles during the summer, the municipality of Saint-Alphonse-Rodriguez has put in place a strategy, combining regulations and actions that encourage everyone to do their part. The 12 essential citizen actions for the environment leaflet is the main awareness tool. 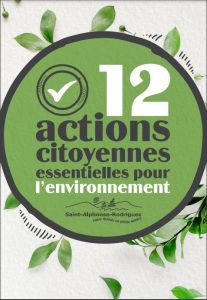 The health of the lakes and wetlands is at the heart of this municipal strategy and the residents of the main lakes in the region are involved. They do so through promotion and protection associations, themselves members of the RALSAR or Regroupement des Associations de Lacs de Saint-Alphonse-Rodriguez. 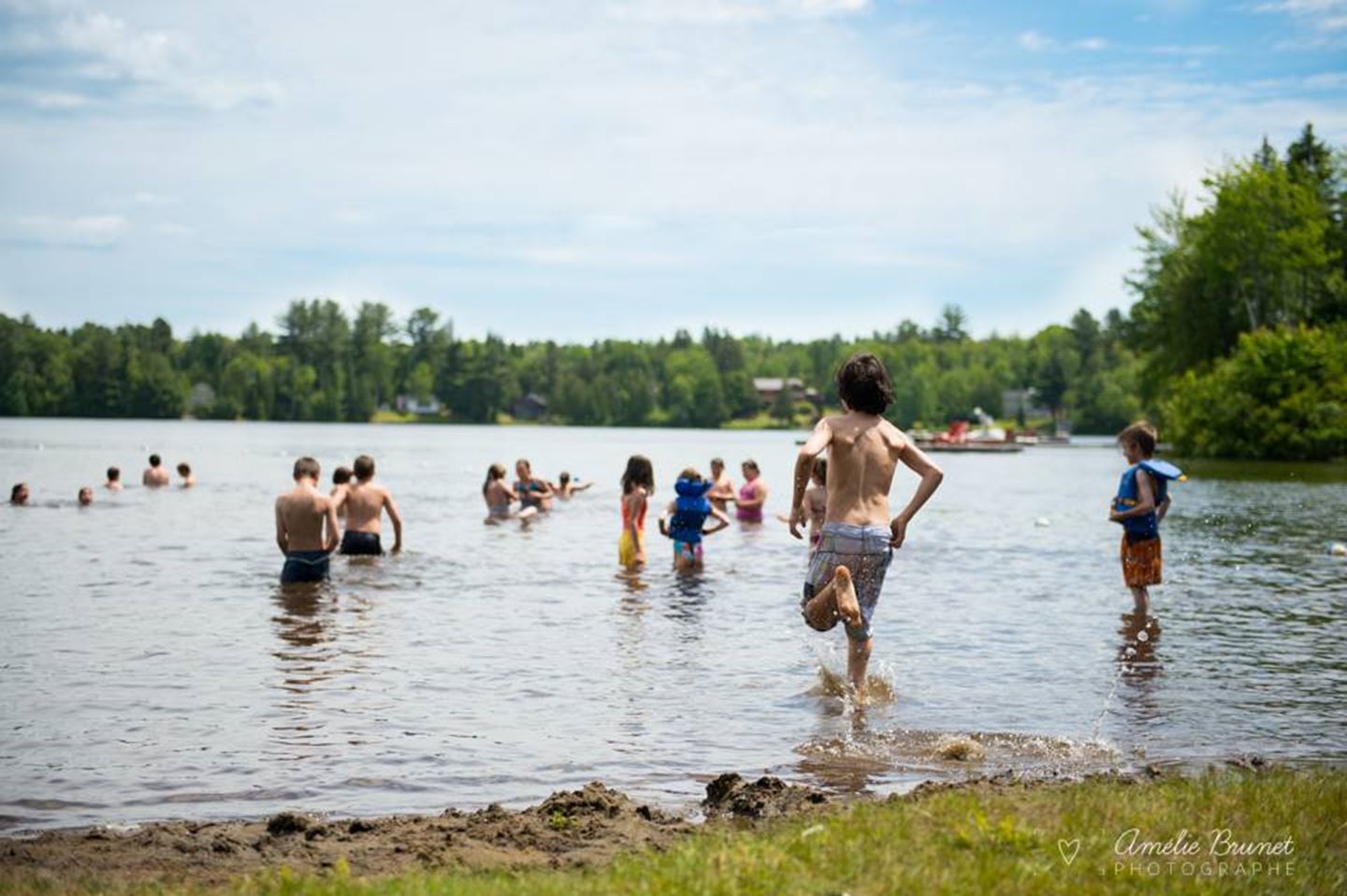 Municipal beach of Saint-Alphonse-Rodriguez. This enchanting site located at Pierre Lake has a picnic area and a volleyball court. Source: Amélie Brunet, photographer.

Another benefit is the community's location, which is close to major urban centers. For people who would like to purchase a home or cottage for a seasonal stay, they will be relatively close to their main home and/or favorite businesses. For people who are permanent residents, they can access the shops and professionals of the major cities in less than 90 minutes. However, the city of Joliette, which is accessible in 45 minutes, offers a wide range of businesses and professional health and personal care services, avoiding the heavy traffic of the big cities.

Several private schools are in the area as well as the Lanaudière Regional Cegep and the Centre Régional Universitaire de Lanaudière (CRUL). The CRUL offers 4 fields of study (administration, accounting, education and health and social intervention) and 20 programs. The programs are recognized in partnership with UQTR, UQÀM and the Université de Montréal.

Saint-Alphonse-Rodriguez is a dynamic and lively city. There is action in every season! Summer and winter alike, the community abounds with cultural and artistic activities. A library with multiple services, courses and workshops, carnivals and celebrations, colorful shows, exhibitions at the Maison de la culture, gatherings of all kinds, outdoor cinema, theme days... There is entertainment for all ages and all tastes in this charming little town. In winter, go to the heart of the village for the classic February carnival.

Nos Beaux Dimanches offers a series of cultural shows of various genres. The shows are free and open to all. The outdoor stage offers a view of the mountain. A cultural event not to be missed in Lanaudière! Source : City of Saint-Alphonse-Rodriguez.

The Place des Arts in Montreal presents shows in several churches in Quebec. In Lanaudière, you can attend cultural and musical events at Église de la Purification of Repentigny, Église de Saint-Paul of Joliette and Église of Saint-Alphonse-Rodriguez. A classical music show will be presented on July 13th: Bach and his cello!

Another popular cultural event is Sweet Thursdays (Doux jeudis) Under the Stars. Free and attractive outdoor shows... for over 15 years! Starting at 7 p.m., 5 free outdoor shows are offered on the Alphonse-Desjardins Stage in the Parc des Arts, rue de la Plage. 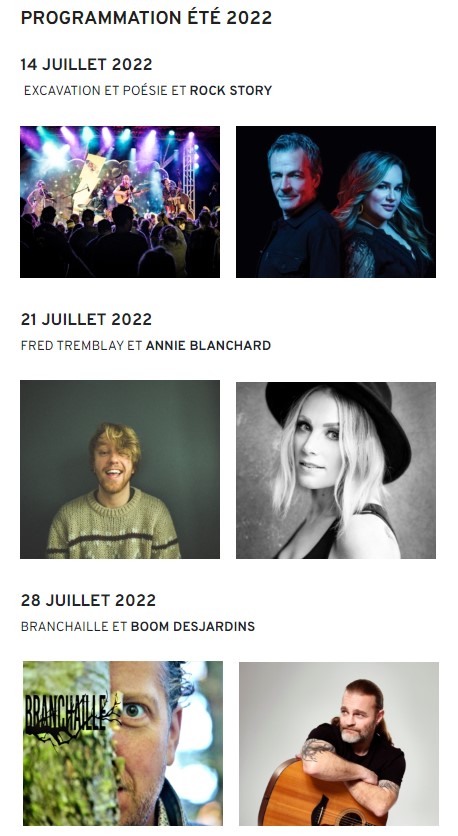 Other activities include: Cinema in the Park, Sweet Thursdays under the Stars, Beautiful Sundays, National Holiday, Environment Day and St-Alphonse in white.
The cultural life is well complemented by the rich community life with several organizations recognized by the municipality including the Historical Society as well as associations of homeowners living around the lakes.

With 34 lakes, we can say that there is plenty of choice for fishing enthusiasts. Note that the Municipality of Saint-Alphonse-Rodriguez is located in fishing zone no. 9. Note also that not all the lakes in this zone allow the use of motorboats. In addition, some lakes have private access.

As for Lac Pierre, on May 26th, the Municipality proceeded to the seeding of 350 rainbow trout of 36 cm. We have not found any information on the other species, but we can say that we should find the popular ones: perch, walleye, small and large mouth bass and probably lake trout. 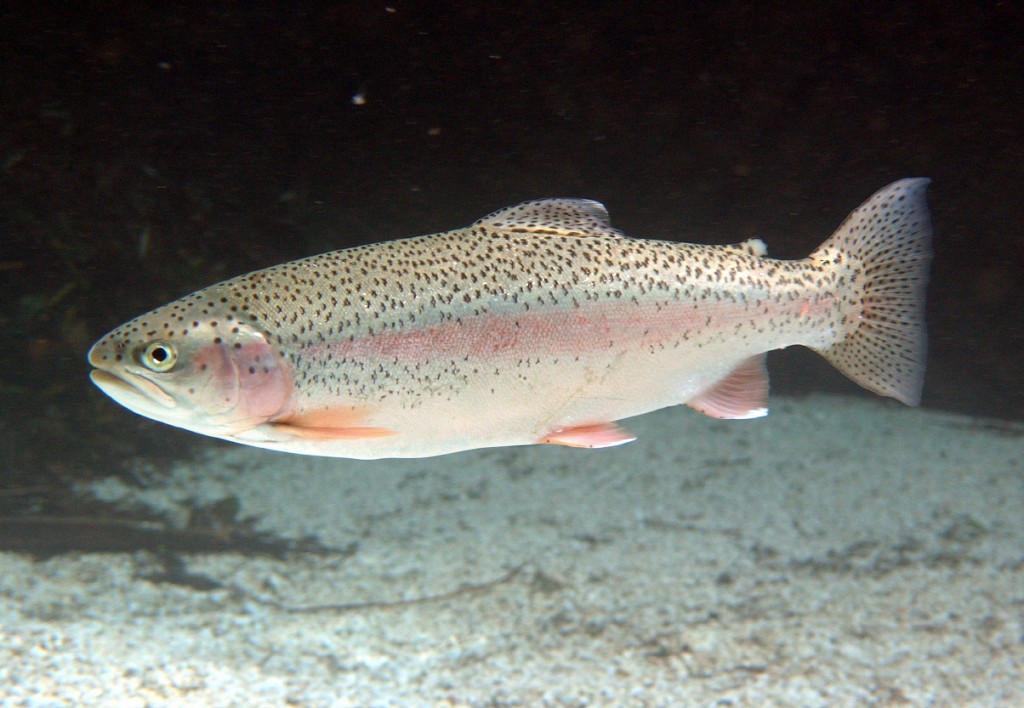 As for Lac Pierre, on May 26, the Municipality proceeded to stock 350 rainbow trout of 36 cm. We have not found any information on the other species, but we can say that we should find the popular ones: perch, walleye, small and large mouth bass and probably lake trout.

A 47 square meter dock has been installed in 2021, in the park located at the end of Beach Street. This structure will improve accessibility to Pierre Lake for recreational activities such as fishing, scuba diving and non-motorized water sports. We would like to mention that this dock will not be a marina and that no watercraft (boat, pontoon, personal watercraft, rowboat, kayak, canoe, etc.) will be able to be moored there.

Good news! The Fête de la pêche will be held this year in the four corners of Quebec on June 3, 4 and 5! Take advantage of this opportunity to learn to fish, or to introduce young people to fishing, since it will be possible to fish without a license, except for Atlantic salmon, in accordance with the regulations governing fishing and health guidelines. Source : City of Saint-Alphonse-Rodriguez. 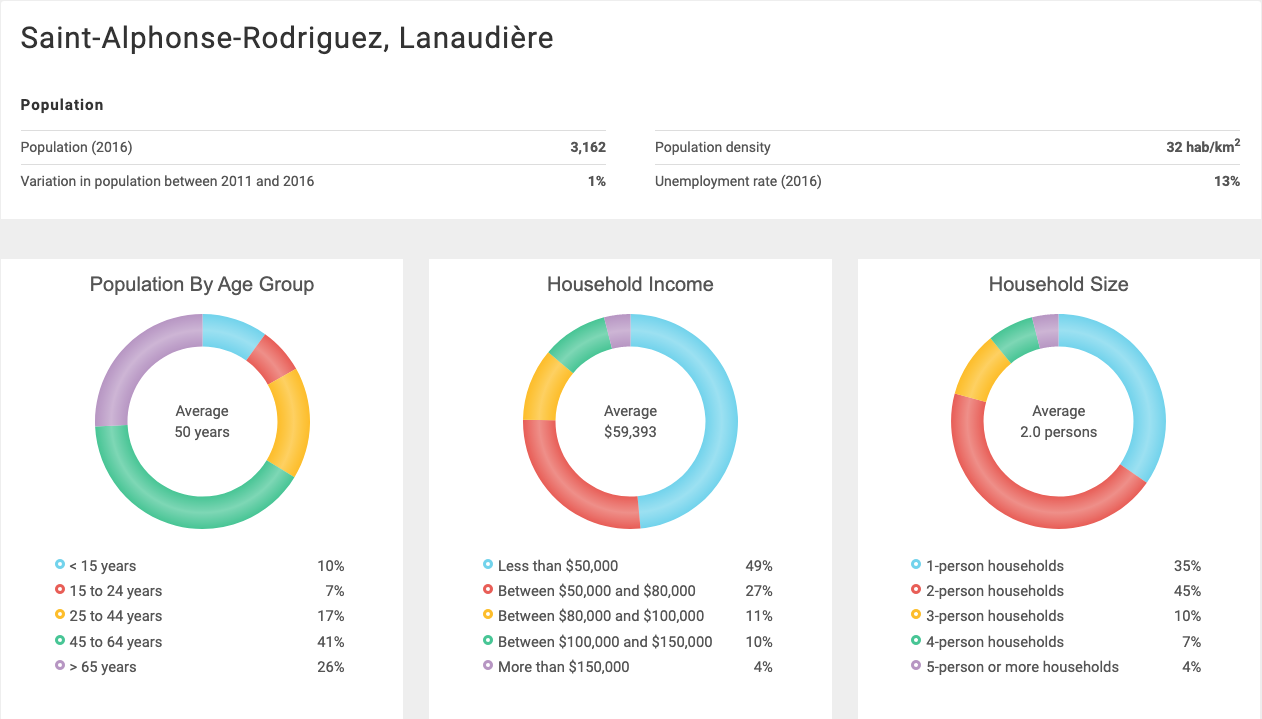 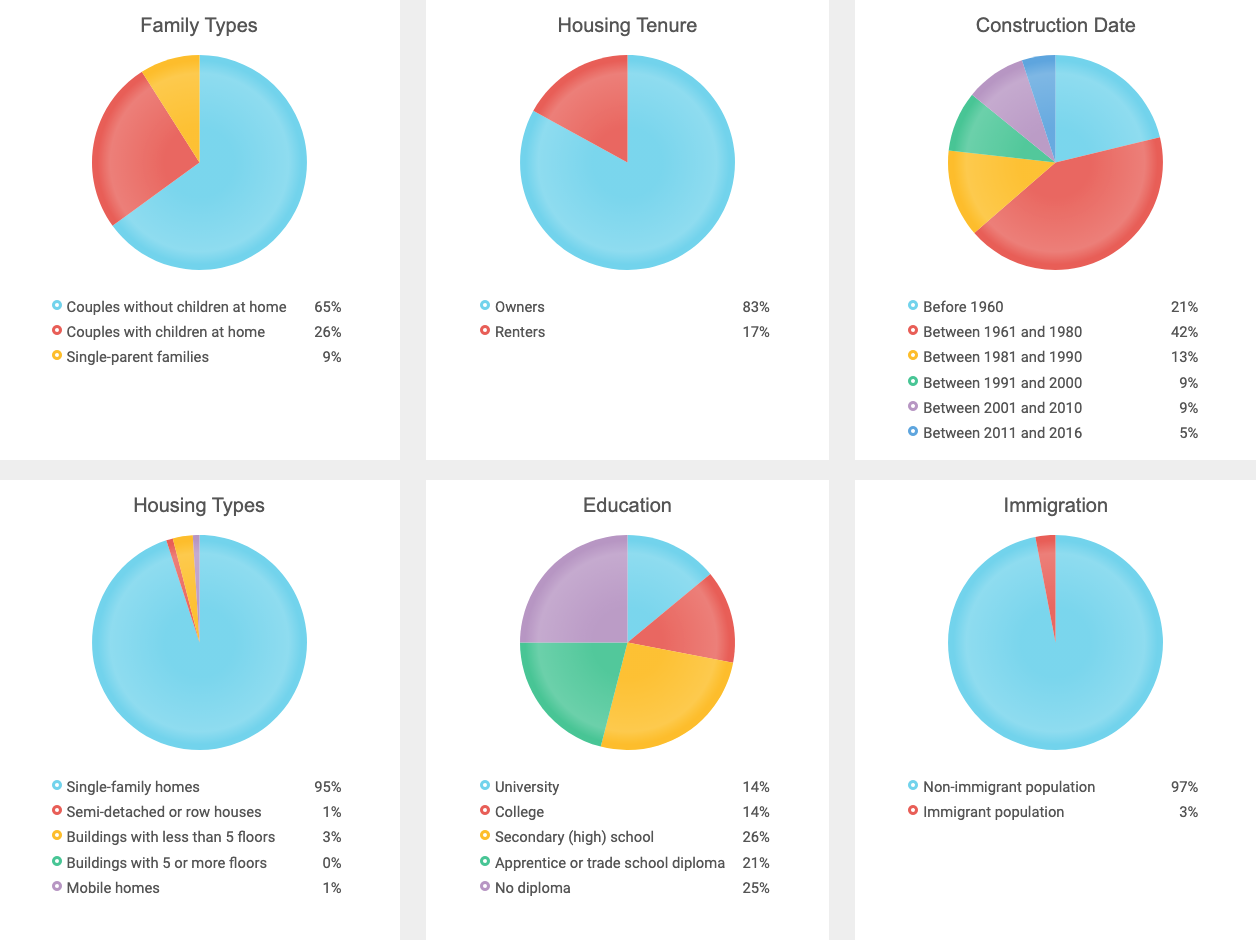 In 1997, the municipalities of Saint-Alphonse-Rodriguez and Creysse in the Perigord region of France, made a twinning pact, in order to develop close and long-lasting friendly relations and to work towards the promotion of exchanges in all fields. 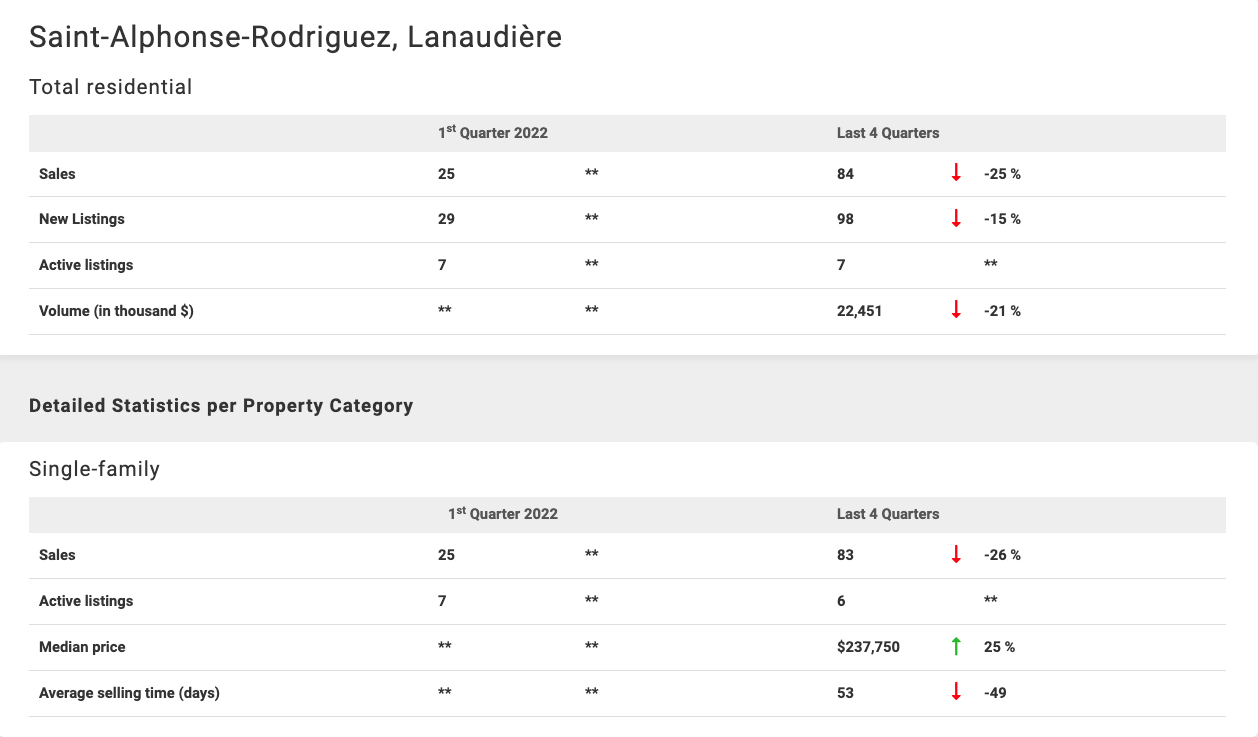 Texts taken and inspired from the sites of the Municipality of St-Alphonse-Rodriguez, Wikipedia, Lanaudiere Region websites.

Buy or sell a property with Lydia Soczniew and Sylvain Leclerc.

Visit our other regional pages: